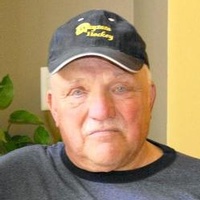 David was born on November 4th, 1938 in Annandale MN. He had a strong love for his family, fishing, hunting and his many dogs he had over the years. He is preceded in death by son, Rick and his grandson Jeremiah. David is survived by his daughter Tammy (Russ), son Timothy (Bonnie), daughter in-law Pam, brother; Daniel (Karen), six grandchildren, six great grandchildren, two nieces and his three fury companions.


A memorial will be scheduled to take place in honor of David at a later date near Binford, North Dakota.
To order memorial trees or send flowers to the family in memory of DAVID F. SPAUDE, please visit our flower store.