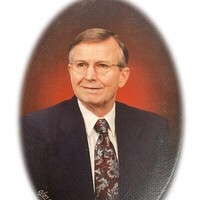 Alfred Jerome Mitzel passed away peacefully surrounded by his family on Thursday, February 24, 2022 at Edgewood Vista in Fargo, North Dakota. Alfred was born November 16, 1936 on a farm near Orrin, North Dakota to Martin and Mary (Welk) Mitzel.  He attended a country school the first two years, then the family moved to Balta, and lastly Luverne where he graduated. Al started farming with his dad in 1957.

On June 30, 1960, he married Agnes Anderson at St. Agatha’s Catholic Church in Hope, ND. They farmed near Hope. He enjoyed trying different varieties of garden vegetables and chickens. He raised livestock, sheep, turkeys, horses, and chickens. Enjoyed making homemade root beer and wine.  Where ever Al was, there was Agnes. They snowmobiled with friends in Red Lodge, Montana and Yellowstone, attended Grain Elevator conventions, any and/or all family events, and playing poker.

Al was active in the community.  He served as a board member on the Luverne Farmers Elevator, Dakota Water Users, St. Agatha’s Men’s Club, Willow Lake Township, Soil Conservation, and Sportsman Club in Sibley. At St. Agatha’s he taught high school CCD, was a lector and sang in the men’s choir.

Agnes died February 24, 1994. In 1997 he married Elaine Elhard in Branson, Missouri. They lived in Horace, Fargo, and then Edgewood Vista, spending the winter months in Texas where it was warm. He continued to sing with Elaine in a local choir.

The family wishes to thank the staff of Glenn’s Place in Edgewood Vista and Hospice of the Red River Valley for all their care and appreciation of Al’s singing and conversations.

To order memorial trees or send flowers to the family in memory of ALFRED MITZEL, please visit our flower store.