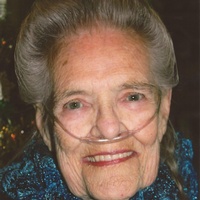 Arlene was born January 30, 1935 in Staten Island, NY the only child of Edgar and Muriel (Belvin) Reeder.  She grew up and attended school there, Arlene love school and taking piano lessons, singing a solo at her grade school graduation.  In high school she was member of the glee club and a soloist.  Arlene was offered a full grant to Julliard’s School of music but refused it because she was making wedding plans and was to be a stay at home mom.  She worked as bookkeeper and an aide at the State Hospital.

She met her soul mate Richard McSorley, April 20, 1949, Arlene was engaged at 16 and was married February 28, 1953 in Staten Island.  She was President of the Boy Scouts Mothers Club.  The couple moved to Underwood, MN in 1970 because the New York schools were no teaching because of the gangs.  She worked at the Country Kitchen in Fergus Falls, until she was injured on the job.  The couple moved to Fargo in September of 1988.  Arlene did rehab at sheltered work shop in Moorhead and hired on as a job coach.  She later for ETC as job coach and did one client for LSS in Home Training and in September of 1996 went on disability.

Arlen loved to cook, sew and bake and in 1985 stared doing crafts and going to craft sales which she loved; this helped to keep her mind busy to forget pain.

She was preceded in death by parents; husband; daughter, Ruth; granddaughter, Kaitlyn and grandson, Travis.

In lieu of flowers, the family request that you consider giving blood, practice gratitude daily and hold your loved ones closely.

Visitation will be Saturday, February 24, 2018 from 10:00 till 11:00 am in the Colgate Presbyterian Church, followed by a Memorial Service at 11:00 am.  Interment will be in the Knowllwood Cemetery, Fergus Falls, MN.

To order memorial trees or send flowers to the family in memory of ARLENE MCSORLEY, please visit our flower store.