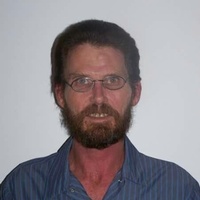 Chester Schwartz, 60, Leonard, ND (formerly Finley, ND) passed away on July 3, 2018 at Villa Maria in Fargo, ND, under care of Hospice RRV. Chester John (Butts) Schwartz was born in McKees Rock, PA on October 29, 1957 to Joanne Caroline (Sandvik) and William John Butts, Sr. Upon the marriage of Joanne and Kenneth Schwartz in 1964, the family moved to a farm near Finley. Chester graduated from Finley High School in 1975 as part of the last class of Finley Wildcats. He was united in marriage to Karen Fuxa of Campbell, MN in November 1982. Together they had a son, Jakub John Schwartz in 1985.

Chester took some college courses and worked at various jobs through the years; in manufacturing, earth moving, meat processing, tree trimming, stockroom labor and farm labor. Most recently, he worked as an assembler and drive-off person on the night shift at Bobcat in Gwinner, ND, until his illness made it impossible for him to work. After his move to Leonard, Chester seemed to feel at home and became more involved with his hobbies and his family. He enjoyed fishing and hunting and sports in his spare time. He made it to as many Bison home football games as he could and treated the family to a Vikings game as a Christmas gift in 2016. He also made a few road trips in the past couple years to catch both March Madness games and NFL games across the country. Chester also enjoyed visiting his sister’s farm near Leonard and interacting with the animals there.

He was welcomed into heaven by all 3 of his parents, all of his grandparents, many aunts, uncles, cousins and friends. {There’s a little baby donkey named Fiona, kicking her heels up at his arrival too.}

To order memorial trees or send flowers to the family in memory of CHESTER JOHN SCHWARTZ, please visit our flower store.