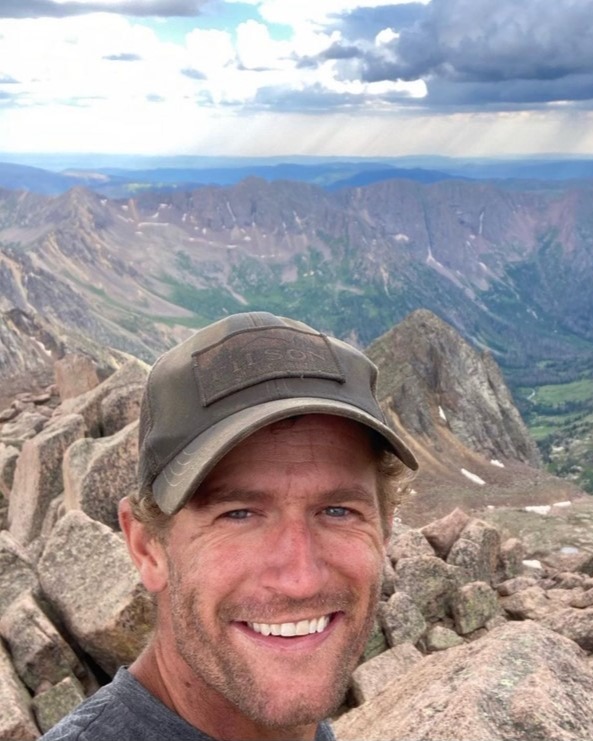 On October 1, 2022, David Lawrence Lunde headed high up into the La Plata mountains near Durango, Colorado, eager to run its six challenging summits. Bad weather set in and he never returned. We believe  that he is safe in the arms of his heavenly Father, “at home.”

David was known as a man of quiet integrity and faith, with a gentle warmth that attracted people of all ages. He was humble and caring with a genuine interest in others, always willing to lend a hand to those in need.  He was an avid reader with a lifelong passion to learn and a zest for life that radiated joy and peace.

David was born October 23, 1992,  in Cooperstown, North Dakota, to Nathan and Marybeth Lunde, joining two adoring sisters. At two months of age he traveled across the globe with his family to the village of Gounou Gaya, Chad, where he lived until the age of three. In 1996 his family returned to the USA, settling in Cooperstown near the family farm. David’s summers on the Lunde Centennial farm alongside his father, working with cattle and helping with harvest, nurtured a love of the outdoors and agriculture.

David graduated from Griggs County Central High School in 2011 with many honors: valedictorian, all state cross country runner, varsity athlete in basketball and track, as well as  state speech  and music awards. He attended the University of Denver honors program, graduating in 2015 with a degree in international studies and French, including a semester studying French in Strasbourg, France and another studying Arabic in Tunis, Tunisia. Following graduation he was selected as a Princeton in Africa fellow, spending one year in Zambia working with a non-profit that provided educational scholarships to outstanding students from low-income families.

Relishing life on the farm, in 2016 he returned to his roots, joining his father in the cattle operation, exploring possibilities of a future in agriculture but also working as county tax equalization director, reporter for the local paper, bread baker, and substitute teacher. His interest in regenerative agriculture led to two months on a sheep ranch in central France and a year as livestock manager in Washington before finding the James Ranch in Durango, Colorado, an opportunity to be part of a high quality, family-run beef cattle operation.

August 15, 2022 he wrote, “Today marks one year since I moved to Durango… What a year filled with so much to be grateful for! I live and work at a place that awes me with its beauty on a daily basis. My bosses are incredibly kind and encouraging. They labor alongside me every day in the nitty gritty of ranch work. I’m doing what I love: stewarding Creation’s bounty of cattle and pasture. Durango provides an environment and culture that spurs me to be active and enjoy the great outdoors. There’s an endless amount of adventure waiting around every trail.  A plant flourishes in healthy soil and here in Durango, I feel like I’m blossoming.” David will be much missed, but all will remember his joyful zest for life, passion for people, and endearing smile.

He was preceded in death by his paternal grandmother, Carolyn Lunde, and maternal grandparents, Wesley and Janice Larson.

The Lunde family is deeply grateful to the many who have supported us in prayer and with generous gifts. We thank those who walked in his honor on October 23rd, his 30th birthday and contributed to the Rockside Ranch ministry. In lieu of flowers, we suggest gifts to various ministries such as Rockside, Inspiration Point Bible Camp, Griggs County Food Pantry, Dollars for Scholars, and La Plata Search and Rescue.

To order memorial trees or send flowers to the family in memory of DAVID LAWRENCE LUNDE, please visit our flower store.