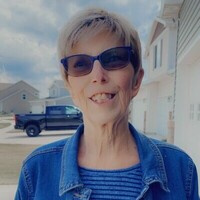 Diane was preceded in death by her husband, mother, father, brother and one granddaughter.

A Memorial Service will be Tuesday, October 5, 2021 at 11:00 am in Trinity Lutheran Church, Cooperstown, ND, visitation will be one hour prior.

You can view a Memorial video at https://youtu.be/iXQv6zDjXM

To order memorial trees or send flowers to the family in memory of DIANE E COWDREY, please visit our flower store.