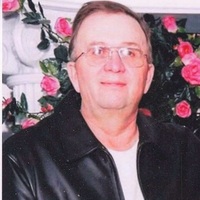 Dick Calvin was born October 1, 1943 to Boyd and Dorothy Wagoner.  Dick graduated from Glenfield Sutton and Concordia with a Music degree.  His first teaching job was at Verona High School where he met his wife Cathy Laney.  They were married July 8th, 1967.

Dick quit teaching and Cathy quit nursing and they moved to Hannaford, ND to farm and raise a family. They had two children Michael (Sutton, ND) and Michelle (Moorhead, MN).  Dick helped his children show livestock in 4H and was always cheering them on at Sporting events and music concerts.

Later in life Dick married Cynthia Jonson. They lived in Sutton, ND on the family farm.

Dick had a love of sports and coaching.  Whenever you stopped by the house, Dick would be watching a basketball game or plotting his fantasy football picks while drinking a bottle of coke.   When Dick wasn’t watching his favorite teams play he would be talking about or watching a good Rodeo or Bull Riding.  Besides sports, Dick loved playing cards, mostly either pinnacle or poker.  He enjoyed playing cards with his friends.   Most of all Dick enjoyed having a good conversation or telling tall tales with his friends.

Dick’s family would like to thank all those special friends who helped him care for the farm when his health started to fail.  Dick passed away at his home on November 10th, 2021.

To order memorial trees or send flowers to the family in memory of DICK WAGONER, please visit our flower store.