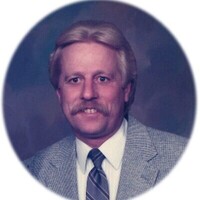 On November 13th, 1949 Doug was born to Douglas and June (Gunderson) Dahl in Sharon, ND. He graduated in 1968 from Cooperstown Highschool. Not long after graduation Doug enlisted in the Army and served in Vietnam. Upon his return from Vietnam he and Linda Heyerdahl made plans to be married at Eidfjord Church near Hannaford, ND. They were happily joined as husband and wife on September 22nd 1973, a few years later, in 1977 Doug and Linda were blessed with a son, whom they named Douglas.

Doug was well known as a hot rod enthusiast and spent much of his free time in his garage restoring classic cars from the bottom to the top. Doug had an amazing ability to fix everything from household appliances to his family's cars and much more. He also enjoyed traveling with his family, which often included attending car shows or driving to pick up classic cars for his collection of restoration projects. Doug spent many years as an electrician, but his true passion was collecting old cars and car parts and turning them into something special. Later in life when he found it difficult to continue working on cars he found great joy in visiting his son Doug and his family in Northern California and seeing all the projects he was working on, despite how difficult his many health issues made it for him to travel. On one of the last trips he made to California he was able to witness his son's wedding, he was overjoyed to be there and to become a grandfather to his son's step daughter.

Doug was preceded in Death by his parents, Douglas and June (Gunderson) Dahl, an infant brother, sister Janel, niece Nevada and brother Dwight.

He is survived by his wife, Linda (Heyerdahl), his son Doug and his family, sisters Jennifer Weeks and Jackie Sherlock, as well as several nieces and nephews.

A public visitation/memorial will be held on March 6th, 2021 from 4:30-6:00 pm at West Funeral Home in West Fargo, ND.  A time of sharing will start at 5:00.  Interment will be held at a later date in Cooperstown, ND with full military honors.

In lieu of flowers please make a donation in Doug's honor to The Wounded Warrior Project, a wonderful organization that provides help to veterans in numerous ways.

*** For the health and safety to all attending PLEASE wear a mask and practice social distancing at the funeral home.***

To order memorial trees or send flowers to the family in memory of DOUGLAS J. DAHL JR., please visit our flower store.