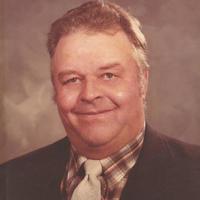 Harry John Storkson was born February 13th, 1927 to Herman and Matilda (Olson) Storkson in Cooperstown, ND.  He was joined by a sister, Bernice in 1932.  He loved to tell stories of him pulling Bernice all over in the wagon when they were young.  He was so proud of her and they always had a close relationship.

He grew up and attended a country school by Mose, ND.  He was confirmed in Mose, ND as well.

His family lived on a farm by Mose until they moved into Binford.  He helped his Dad and Uncle Joe farm until they retired, and Harry took over.  Harry had cows and farmed the land.  In the days of the CB Radio his handle was the “Hoo-Tee-Too Hillbilly” because of the shallow lake being adjacent to his land.  Harry sold his farm in the early 80’s and worked for area farmers Norman Dahl, Dick Harding, and Bruce Kjellgaard.

Harry enjoyed driving.  He was well known to give people rides to eat out or to appointments.  He enjoyed eating out and especially kumla.  He loved to go to Red Willow in the summers and have his peanut butter malts.  He enjoyed visiting with people and everyone enjoyed his Norwegian brogue.  He picked that up from being with his Dad and Uncle.  He loved old time music and always had it playing on the radio or would be listening to a cassette tape.  He also loved to watch old westerns on TV.  He enjoyed gardening too.  Potatoes and tomatoes were his specialties.

He lived in Binford until January of 2017 when he became a resident of the Griggs County Care Center where he lived until his death.

Harry was preceded in death by his parents, wife Elaine, sister and brother-in-law Bernice and Jarl Hegvick.

Visitation will be from 5 – 7 pm with a Prayer Service at 7 pm, Thursday, February 27, 2020 at the Quam-Plaisted-Cushman Funeral Home in Cooperstown.  Interment will be in the Zion Cemetery, Binford, ND.

Harry was a very kind, very giving, and gentle man!

To order memorial trees or send flowers to the family in memory of HARRY STORKSON, please visit our flower store.