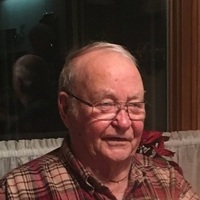 Homer was born on Feb. 4, 1932, to Hjalmar and Virginia Wennerstrom. He was a lifelong resident of Hope, spending some time in Bend, Oregon, during World War II, with his mother and extended family while his father was stationed in the South Pacific, and several months in San Diego, California, early in his marriage.

He began farming right after graduating from Hope High School in 1950 and farmed near Hope all of his life, also operating a trucking business, Homer Wennerstrom & Sons.
He married Sally Howden on Dec. 28, 1952. They had four children, Keith, Jill, Jim and Brent, and were married for 68 years.

He was very active in the community of Hope, including serving on the Hope Park Board for many years, as a school bus driver, as president of the Hope Housing Board, as an involved member of the United Church of Christ in Hope as well as supporting many efforts to make sure the community continued to thrive. After retirement, he was on the board of directors for the Steele County Historical Society, where he enjoyed making new friends and spending time at the Museum.

Homer was preceded in death by his son Keith; parents Hjalmar and Virginia; brother and sister-in-law Milton and Mary Wennerstrom; sisters and brothers-in-law, Jean and Marlin Satrom, Beverly and Charles Minson, and Shirley Wennerstrom; niece, Elaine Wennerstrom Trzpuc and her husband John, and nephew, Jon Satrom.

Memorials are directed to a charity of the donor’s choice.

To order memorial trees or send flowers to the family in memory of HOMER WENNERSTROM, please visit our flower store.