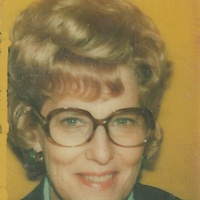 Ina (Skaar) Ronningen died peacefully in hospice care at the Griggs County Care Center, Cooperstown, ND, on February 16, 2019 at the age of 89.  Ina Skaar was born on March 21, 1929 on the Skaar family farm near New Rockford, ND. She was the daughter of Hans and Inga (Gunvaldson) Skaar.  She graduated from New Rockford High School in 1947. Ina then worked at the Eddy County ASCS office in New Rockford.

On November 4, 1948, Ina married Charles J. Ullrich in Fessenden, ND. They were proud parents to Tom, Diane, and Gary. Charles unexpectedly passed away at the age of 37 on December 11, 1960.  Ina returned to work at the Eddy County ASCS office where she met her future husband Jerry D. Ronningen. The couple married on August 21, 1965 at the Bremen Catholic Church.

Her many activities and interests included: spending time with her 3 children, 10 grandchildren, 21 great grandchildren (1 on the way), bridge, golf, cooking, shopping, traveling to visit family, gardening, entertaining, music, and volunteering for many community and church events. No one was a stranger to Ina.

Ina was preceded in death by her parents, first husband, brother Tollef Skaar, and infant daughter.

To order memorial trees or send flowers to the family in memory of INA RONNINGEN, please visit our flower store.