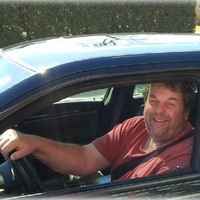 Jason Savre‎, 52 of Cooperstown ND, passed away unexpectedly on April 17, 2022. Eldest son of Jean and Donald Savre, he was born in January 1970, grew up and attended school in Cooperstown. Active in local sports, Jason played on Cooperstown High School's undefeated State Championship Football Team before developing a keen interest in golf in later years.

After graduation from high school, Jason joined the U.S. Navy (following his father's and grandfather's example), serving on the aircraft carrier USS Enterprise on both Pacific and Atlantic coasts. As part of the food preparation team serving over 5,000+ shipmates, his varying reponsibities, especially on the Enterprise's 25,000+ mile 'Round the World' cruise expanded his interest in cooking. Returning to civilian life and aided by the Navy's G.I. Bill, Jason attended Minnesota Technical College Moorhead, graduating from their Chef Development Program.

After many successful years in the local restaurant field, he returned to Cooperstown to join his father Don and brother Preston Savre on the family farm. He continued to work on improving his golf game and playing cards with family and friends, who also introduced him to the challenges of ice fishing. A longtime dedicated fan of the Cleveland Browns and the New York Yankees, he always looked forward to being with his friends, sharing an icehouse on frozen Lake of the Woods or on a pleasant golf course.

‎Anyone who met Jason quickly liked him and he will, truly, be missed.

Memorial Service will be held Tuesday, April 26, 2022 at 2:00 pm in the Quam-Plaisted-Cushman Funeral Home, Cooperstown, ND.  Following the Service there will be an Open House till 5 pm at the Coachman Inn in Cooperstown, ND.

To order memorial trees or send flowers to the family in memory of JASON SAVRE, please visit our flower store.