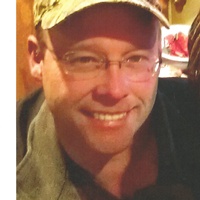 He married Shari Fallen January 12, 1994 in Las Vegas, NV. N In 1995 their son Nicholas was born. Jeff took over Reiten Inc. from his father and was owner operator until his death.

Jeff served on the boards of the Cooperstown Municipal, Cooperstown Country Club and Cooperstown Medical Center. Jeff was very active with the Atchison Rifle and Archery Club.

To order memorial trees or send flowers to the family in memory of JEFF REITEN, please visit our flower store.