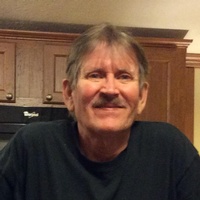 Jody Stan Retzlaff passed away November 27, 2017 in Sun City, AZ surrounded by his family. Jody was born November 29, 1954 in Fargo, ND to Marvin and Neva Retzlaff. Jody was the youngest of three children. He grew up on the family farm eleven miles west of Cooperstown, ND.  In 1969 he moved with his parents into a new home in Cooperstown.  Along with his parents Jody was a member of Grace Lutheran Church.

Jody’s education started in the Cooperstown, ND school system.  In high school Jody was the quarterback for the Cooperstown Lynx football team.  He also played basketball and was on the track team.   Upon graduating from Cooperstown High School in 1972, he went on to attend the State School of Science in Wahpeton, ND. He took courses in auto mechanics and welding. He also learned the masonry trade at a school in Pipestone, MN.

Jody worked different jobs but the most notable was for a heavy construction company in Dallas, TX  and as a highway bridge builder in Tampa, FL. He had an artistic talent to build most anything out of brick and stone.

Jody enjoyed fast cars and owned a limited edition Dodge Daytona truck. Twice in the past two years he participated in the Rusty Wallace Racing experience at the Phoenix International Raceway. He was totally thrilled to drive 15 laps around the racetrack. In his high school days Jody raced snowmobiles for a team sponsored by Burke Implement in Cooperstown.  In his twenties he learned to parachute and enjoyed that sport for several years.

Jody is survived by his partner Gail Savre, Sun City, Arizona, his son Cody Retzlaff, Deerfield Beach, Florida, his brother Robin Retzlaff (Kathy) Springdale, Arkansas and his sister Julie Retzlaff, Vail, Colorado. He was preceded in death by his parents Marvin and Neva Retzlaff and his cousin who was like a brother, Kenneth Thorn.

To order memorial trees or send flowers to the family in memory of JODY STAN RETZLAFF, please visit our flower store.