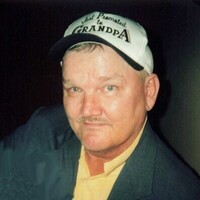 Kenneth Eugene Ohman passed away in Cooperstown, ND on July 7th, 2022. Kenny was born on April 21, 1949 in Valley City to William and Isabelle (Loberg) Ohman of Dazey, ND.

In 1956, Kenny moved with his parents and 4 siblings to Cooperstown, ND where he started and graduated school in 1968. While in school, he was super active in many activities. He was involved in Scouts, basketball, football, track and field, band, and choir. Even with participation in all these extra-curricular activities, he was also a bright student. After graduation he attended Wahpeton State School of Science for one year and then transferred to Mayville State College. Then in 1971, he moved to Bismarck, ND and worked for a construction company. Leading him to eventually, owning and operating his own construction company.

In 1973, Kenny met and married Mary Lou (Wald) Ohman. Together, they built their own house in Bismarck, working nights and weekends. In November of 1975, they welcomed their first child. In 1978, they decided to pick up and move to Fargo. They expanded their family with a daughter in April of 1979. Kenny’s life tragically changed in 1980, when he suffered a stroke at his home. He was unable to continue his career in construction, so he pursued more education. He started back at North Dakota State University, but transferred to Interstate Business College, where he graduated in 1982. He joined the Knights of Columbus where he spent years volunteering his time and skills. He was a Recording Officer, he helped cook dinners, and was involved in the summer softball program. After his divorce, he moved back to Cooperstown. He worked for Heinze-Trottier-Parkman Auction Service. He was a social person and loved working for this company. He was surrounded by a wonderful group of friends, coworkers, and neighbors. Friendships were very important to him. The last few years, he also worked part time for the grocery store, delivering groceries around the surrounding counties. He was very thankful for both jobs.

Kenny enjoyed many activities throughout his life. These included fishing, boating, camping, collecting coins, and traveling to see family. His favorite activity of all was talking about his children and grandchildren to anyone that would listen. Kenny LOVED sports….any sports! He would often travel all over the state to watch basketball, football, and baseball games. He dedicated many hours of his time to his favorite teams: Twins, Vikings, and Broncos. These sports were either on his radio or on the television, and sometimes both! But he was the most dedicated to the NDSU Bison. In case you were wondering….55 days until kick off! Go Bison!!

Kenny left behind a legacy of people. He is survived by his two children, Trent (Ashley) Ohman of Tulsa, OK and Tara Shilling (Justin Evenson) of Fargo, ND. His seven grandchildren: Blair, Grace, Marion, David, Marcus, Rhett, and Vivian. He is also survived by one sister, Donna Lou Tveito Linton, ND. Two brothers, Robert Ohman and Larry Ohman both of Bismarck, ND. He is survived by one niece, seven nephews, along with their spouses.

He is preceded in death by his parents, William and Isabelle Ohman, sister Arlene Rupp, and brother-in-law Gerald Tveito.

His celebration of life will be held on Wednesday, July 13, 2022 at 11am at Trinity Luther Church in Cooperstown, ND. He will be buried at Dazey Cemetery.

To order memorial trees or send flowers to the family in memory of KENNETH EUGENE OHMAN, please visit our flower store.