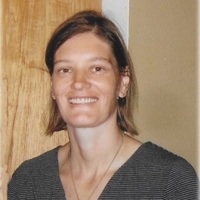 Laura Jean Dearborn was born on March 19, 1978 to Kathleen (Theisen) Dearborn in Bemidji, MN. She was raised in the Blackduck and Bemidji area with her two siblings and later her step father, Edward Caduff, and her step brothers. She graduated from Bemidji High School in 1996. After high school, Laura met her biological father, Dennis Graham, and her six brothers on her father’s side. She married Jay Welle and had two children; they later divorced. Laura worked as a server at many restaurants and was the banquet director at O’Kellys in Fargo. She was unable to work after her diagnosis of Chronic Regional Pain Syndrome in 2008. Laura met her “person” Tina Carlson in Fargo in 2006 and the two of them enjoyed many wonderful years together. One year ago, they moved to a farm near Cooperstown, ND. Laura had many health struggles during her adult life but did her best to handle what life gave her. She enjoyed singing, music (especially Reba), movies (especially Disney movies), reading and listening to books, crafts, her cats Midnight and Dory, and spending time with family and friends.

She is preceded in death by her father, Dennis, step father, Edward and nephew, Cody.

To order memorial trees or send flowers to the family in memory of LAURA WELLE, please visit our flower store.