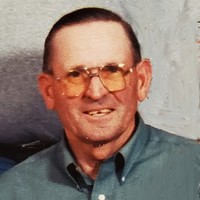 He was born on October 22, 1927 in Carrington, ND to Ernest and Emma (Norheim) Stangeland. He attended the rural school and completed the eighth grade. He continued to live and work on the family farm. On July 7, 1962 he married Theone Bakken. The marriage was blessed with four children.

Lawrence enjoyed life as a farmer, but his special interest was mechanics. He enjoyed maintaining his machinery and cars. After he retired from farming, he continued to fix tractors and old engines. Eventually they moved to Binford, where Lawrence set up shop and continued to repair small engines.

Music was Lawrence’s passion. He always found time to play the piano. The family would often gather around the piano to sing with him. Many times he played the piano or sang in church, and he also enjoyed singing in community choir concerts.

Lawrence and Theone enjoyed their years of living in Binford, with many visits from their children and grandchildren. In their later years they made the McVille Assisted Living Center their home.

Lawrence was preceded in death by his parents, Ernest and Emma Stangeland, his brother Ellert, and his son Nathan.

Blessed be his memory.

Visitation will be Wednesday, January 29, from 2 -3 pm followed by a Funeral Service at 3 pm in the Bethany Free Lutheran Church, Binford, ND.

To order memorial trees or send flowers to the family in memory of LAWRENCE A. STANGELAND, please visit our flower store.