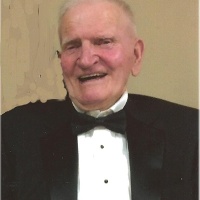 Lyle was born to Joseph and Eleanor (Reid) Pfeifer on September 2, 1934 near Revere, ND. He attended country school and then graduated from Cooperstown High School in 1952. He enlisted in the Army and upon completion of bootcamp, was stationed in Japan. After his military service was completed, he moved back to Cooperstown where he farmed and raised livestock. On January 26, 1963, he married Jeannette Pederson of Hannaford, ND. They raised four children: Susan, Bryan, Kathy, and Keith.

Lyle served the community as a Griggs County Commissioner for 32 years, the longest length of service held previously by any commissioner. As a county commissioner, he was the Griggs County Social Service Board Chairman for 21 years. He served on the Nelson-Griggs District Health Unit Board of Directors. As a member of St. George’s Catholic Church, he was on the Parish Council, Cemetery Board, and the Knights of Columbus as a 4th Degree Knight. He was a life member of the American Legion, Knights of Pythias, and was Griggs County Veteran Service Officer.

Pinochle was his favorite pastime. He enjoyed going for coffee with the guys and shaking dice. You could hear his distinct laugh anywhere in a crowded room.

Lyle was preceded in death by his parents, a brother, Frank, nieces, nephews, sisters-in-laws, and brothers-in-law.

Lyle’s family thanks the Griggs County Medical Center, ambulance and first responders’ team, Hospice of the Red River Valley and staff, and Villa Maria and staff.

In lieu of flowers, memorials to the Knights of Columbus, the Hospice of the Red River Valley, or Veterans Services would be greatly appreciated.

To order memorial trees or send flowers to the family in memory of LYLE E. PFEIFER, please visit our flower store.