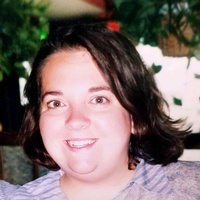 Monica Ann Kingston-Roohi, 47, of Phoenix, AZ died April 21, 2018, after a courageous battle with cancer.  Monica was born August 17, 1970 to Esther (Gunkel) Kingston and Thomas Kingston in Valley City, ND. She grew up in Hope, ND and graduated from Valley City State University. She married Shapour Roohi on June 28, 1997 in Hope, ND. They made their home in Fargo, ND before moving to Deming, New Mexico where Monica worked as a Spanish teacher.

In 1999, Monica and Shapour moved to Phoenix, AZ, where their daughter, Serina, was born.  Monica taught at Thunder Bird High School for 19 years.  During that time, Monica worked as a Spanish teacher and served as the Language Department Chair for part of that time.  She was active in the Best Buddies Service Organization and Spanish club at Thunderbird High School.  She was a member of Jefferson-Steinke Legion Auxiliary.

Monica shared her love of travel with her daughter, enjoying many national and international adventures. She enjoyed being with her family, friends and co-workers.

She was preceded in death by her mother, Esther Kingston, father, Thomas Kingston; siblings, Tracy and Frank; grandparents, Melvin and Ida Gunkel, Gladys and Stanley Kingston and Maurice Kingston.

Funeral services were held at Thunderbird High School Auditorium, on April 28 in Phoenix, AZ, followed by services at St. Agatha’s Catholic Church, Hope, ND, Prayer Service at 7:00 pm on May 18; funeral at ll:00 am on May 19th .

To order memorial trees or send flowers to the family in memory of MONICA ANN KINGSTON-ROOHI, please visit our flower store.