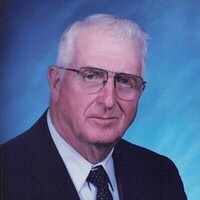 Norman was born on June 27, 1929 in Washburn township north of Cooperstown, North Dakota to John and Anna (Persson) Dahl. Norman was the youngest of eight children and attended Ayre Country School, graduating from Cooperstown High School in 1947. Norman went on to earn a Bachelors degree in Ag Econ from North Dakota Agricultural College, Fargo, North Dakota. He then spent time working in Idaho with the US Department of Agricultural Forest Service. He served in the United  States Army from 1953 to 1955 at Fort Leonard Wood, Missouri as a sergeant training new recruits. Post separation for the army Norman was the assistant County Agent in Rolette, North Dakota prior to continuing his education at North Dakota State University. While working on his Masters degree he met, courted and married the Love of his Life, Lois Mae Berg on August 31, 1958. Norman and Lois were blessed with four daughters; Nancy, Renee, Janell and Karen.

Norman completed his Masters degree in Ag Econ at NDSU in 1960. From there the journey begins. Norman and Lois moved to Rosendal township in Griggs county, North Dakota, basically in the middle of nowhere, to start their farming & ranching operation starting first with sheep which quickly grew into a small grains and cow/calf operation. For 55 years they worked as stewards to the land and to their community. Norman served his community over the years through a number of organizations including the Binford School Board, Griggs County Water Board, Trinity Lutheran Church Council, Griggs County Hospital Board and the Soil Conservation Board. Over the years he has been recognized by the Griggs County Soil Conservation Board and was an Honoree at the NDSU Harvest Bowl for his work in the agricultural community.  This stewardship extended to everyone.  Norman always had time to visit with anyone and share a cup of coffee and a cookie.  If it was about farming, even better.  His sense of humor was one of a kind. His quick wit kept many on their toes.  His later years were spent in Casselton and later moving to West Fargo, but home would always be The Farm.

While Norman was rightly proud of his ability to grow durum wheat, barley & sunflowers and raise Hereford/Simmental cattle along with Border Collie and Blue Heeler herding dogs on The Farm; he was especially proud of The Farm’s ability to grow family values and to be the gathering place. His family, children, grandchildren and great grandchildren always came first.  It brought him great satisfaction seeing the generations experience the joy and pleasure that farm activities bring.  Whether it be, hay bale climbing, quonset hut sliding, rock stacking, horse riding, branding calves, digging dirt, deer hunting (or scaring), combining, baling, bottle calves, bonfires or just enjoying the open horizon; Norman strongly believed all of these activities greatly contributed to family bonds and development.

Special thanks to Sanford Hospice for their support and guidance during this journey.  Memorials may be directed to Trinity Lutheran Church, Binford, ND or to the Cooperstown Medical Center Foundation, Cooperstown, ND.

To order memorial trees or send flowers to the family in memory of NORMAN RICHARD DAHL, please visit our flower store.