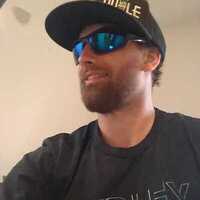 Randy was born June 26th 1989, in Bremerton WA, to Kasey Cole. He attended Sunnyslope Elementary School until 3rd Grade. After moving to Hope, ND in 1999 he attended Hope-Page Elementary and Hope-Page High School. Randy received his GED in 2008 and was very proud of that accomplishment.

Randy played baseball and football during some of his early school years and later spent most of his free time with an electric guitar in his hands.

Randy had a passion for music. He was a very talented self-taught electric guitar player. He wrote music, songs and he could sing. Randy liked to ride and jump his bicycle and enjoyed skateboarding until he was introduced to motors. Then he moved on to riding four wheelers, snow mobiles, snowboarding, driving and hanging out with his friends.

Randy was very thankful for the opportunity to work in construction and really enjoyed roofing, except when it was really hot or really cold.

Many knew the Randy that struggled with the demons of addiction and very bad choices, but many were also fortunate to know the Randy that was so much more than his addiction and bad judgment. He was loved by so many and had many people cheering him on in his battles for success. When he was sober and defeating his demons, he was a hard worker, had a wonderful sense of humor, a contagious laugh and a smile that would brighten a room. He had a big heart, was very outgoing, friendly and rarely met a stranger.

Randy was preceded in death by his baby sister, Kayleigh, and his Grandpas, Gary Cole and Don Elston.

Randy was a member of Redeemer Lutheran Church in Hope.

A celebration of life memorial service will be 11:00 am, Friday June 18th at the American Legion, Hope, ND.

To order memorial trees or send flowers to the family in memory of Randy Cole, please visit our flower store.