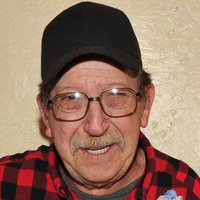 Richard was born February 1, 1947, at Bonewell Maternity House in Cooperstown, ND the son of John and Bessie (Wilhelm) Saxberg. He lived all of his school years on the family farm southwest of Cooperstown. He graduated from Cooperstown High School in 1965. He enlisted in the Marines in 1965 one month before graduation. He went to Camp Lejeune in Jacksonville, NC for basic training. After basic he was sent to San Diego for ITR Training, from there he was deployed to Okinawa and finally Vietnam. He was trained in cryogenics and after some time in country he requested out of his unit and into the grunts. His tour was supposed to be for 11 months and 20 days. He was one of four non-commissioned officers picked to stay over an extra 6 months. With this arrangement he was given 30 days vacation anywhere in the world. He chose to come home to visit his family. After the tour in Vietnam he spent the rest of his commitment being stationed at Cherry Point, NC.

Upon returning from the conflict he returned to North Dakota. He went to Bismarck Automotive School on the GI Bill. He first worked by erecting steel grain bins, doing concrete work and assembly. After that he worked for Morris Carlson in Finley on the farm. On October 5, 1973 he married Janet Larson in Binford, ND. They lived in Pickert, ND and had a General Store in Galesburg, ND. In the late 1970s the grocery store next door burned and caused a total loss to both businesses.  They divorced in 1980.  He worked with Guy Leitch shingling houses and doing carpentry work. After Guy left the area, he worked for Norman Bye on the farm. He then began working for Farmers Oil as a mechanic and worked there until he opened Richard’s Repair on the farmstead. He married Lois Huffman Jensen on April 29, 1993. The couple made their home in rural Cooperstown.

Richard loved working on cars. It was a combination of figuring out how things worked and helping people. He restored many vehicles in his life. He enjoyed being outdoors hunting and fishing. He also enjoyed reading books and watching TV. He loved his family and would do anything for them. He often wouldn’t admit it, but he loved his fur babies also.

Richard was proceeded in death by his parents John and Bessie, and his sisters Barbara and Joyce.

A memorial service is not planned at this time. A private gathering at Hero Cemetery will happen on a later date.

In lieu of flowers the family asks that memorials be given to the Cooperstown Volunteer Fire Department, Cooperstown Ambulance Service or Hero Cemetery.

To order memorial trees or send flowers to the family in memory of RICHARD D. SAXBERG, please visit our flower store.