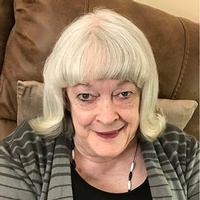 She was born Sonja Marie Krogsgaard on Nov 12th, 1944 to Harold and Lois Krogsgaard in Valley City, ND.  She grew up on a farm near Page ND.  During her Junior year of high school, her and her family moved into the town of Page and took over the Page Cafe and Hotel.  She graduated from high school in 1962.  She had three children.  Robert, Laurie and Lisa.  She married Duane Bock on May 8th, 1976.  They lived in Fargo for several years.  They also lived in Bloomington MN for a few years.  She enjoyed traveling and spending time with family.  Her favorite place to spend time was at the lakes.  She also loved playing solitaire, bingo and folding towels at the Griggs County Care Center.

To order memorial trees or send flowers to the family in memory of SONJA M. BOCK, please visit our flower store.