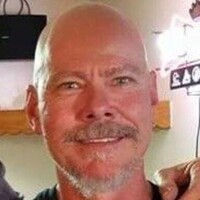 Steven Joel Carlson died of a massive heart attack on Sunday, Dec. 12th 2021 while doing one of his favorite activities, hunting with his brother.

Steve was born on May 23, 1962 at Grafton, ND to Ronald and Mary (Brown) Carlson. Steve attended school in Grafton, graduating from High School in 1980. After graduation he worked for his dad’s construction business in and around Grafton. He later moved to Fargo and worked for Schmit Brother’s Construction. He married Jody Balek in June of 1988 and welcomed two children, Megan in 1989 and Justin in 1991.

Steve worked in the construction field for the remainder of his life and was a very skilled and accomplished finish carpenter.

Steve was united in marriage to Nicole Johnson on May 11, 2007. Children, Shelby, Dalton (deceased) and Brynlee were born to this union. They have resided in Hope since October 2012.

In addition to his wife, Steve is survived by his mother Mary; son Justin (Alyssa), daughters Megan, Shelby and Brynlee;  5 granddaughters; brother Rex (Theresa), sisters Virginia (Greg), Shirley (Ken); and numerous nieces and nephews. He was preceded in death by his infant son, Dalton and his father, Ronald.

To order memorial trees or send flowers to the family in memory of STEVEN J CARLSON, please visit our flower store.