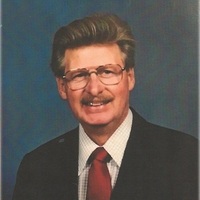 Thomas was born March 1, 1932 in Fargo ND to Emma Wurst.  He attended grade school in Jessie ND and graduated from Binford High School, Binford ND.  Thomas joined the US Marine Corps and upon completion of his service moved to Riverdale ND.  There he lived with his aunt and uncle and worked on the construction of the Garrison Dam.  He then moved to Rockford, IL, where he was employed by Bell Telephone.

Thomas married Garnet E. Blosser on April 16, 1966 in Loves Park, IL.  They spent several years in Idaho.  After returning to Loves Park they operated a gun and antique shop and traveled the gun show circuit in the United States.  In 1972 they began working in Garnet’s family business selling auto parts and running a machine shop.  After 19 years they retired to the Wurst family farmstead north of Jessie, ND.  They spent their winters in the Florida Keys with their beloved dogs.

Tom loved to tell stories and always had plenty of jokes to share.  He loved to go fishing and boating and he and Garnet enjoyed their motor home, driving it to Florida with the dogs every winter.  Tom was an excellent cook and was very involved with church dinners at St. Lawrence Catholic Church in Jessie.

Thomas was preceded in death by his beloved wife Garnet and son Kurt Wurst.  He is survived by many first and second cousins, living near Jessie, ND; Fargo, ND; and Seattle, WA.

Instead of flowers donations could be made to: "Hospice of the Red River Valley" .

To order memorial trees or send flowers to the family in memory of THOMAS WURST, please visit our flower store.