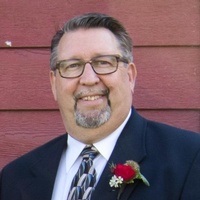 A celebration of life for W. Scott Sayer, 65, of Grand Forks, N.D. (formerly of Finley, N.D.) will be held at Trinity Lutheran Church in Cooperstown, N.D. at 11:00 A.M., Friday, May 24. Scott was a big UND fan and the family encourages those attending to wear their UND gear. A family prayer service will be held at 7:00 P.M., Thursday, May 23 in the Masonic Temple, Cooperstown, N.D.

Walter Scott was born January 14, 1954 to Leon and Helen (Hornig) Sayer in Santa Maria, California. He graduated from Cooperstown High School in 1972. He attended the University of North Dakota and graduated from Minnesota State University Moorhead in 1978. He started his banking career in Finley, North Dakota following his grandfather and father’s footsteps. Scott was united in marriage to Susan Fetting on October 4, 1980 at the Finley Lutheran Church. Together, they had 3 daughters. Scott was a wonderful father who always supported his daughters in all of their activities. Scott enjoyed golfing, going to the lake cabin, relaxing on the pontoon, watching his favorite University of North Dakota athletics, and being with his family, especially his granddaughter who was the apple of his eye.

Scott was a member of the Northern Mayflower Lodge, a Shriner in the Grand Forks KEM Temple, a volunteer fireman, and an EMT on the Finley Ambulance squad. He also served on the Finley EDC, Finley Housing Board, Finley City Council and the Steele County Job Development Authority. He received the 2014 Finley Community Service Award for his years of commitment and dedication to the Finley community.

To order memorial trees or send flowers to the family in memory of W. SCOTT SAYER, please visit our flower store.