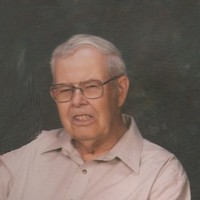 Wayne LeRoy Richards, who farmed near Hope, ND, for four decades, passed away peacefully Friday, November 1, 2019, at Hatton Prairie Village in Hatton, ND. He was 87.

Wayne was born April 7, 1932, to LeRoy and Minnie (Sommer) Richards. He attended school in Colgate, Blabon, and Hope, ND, and spent his teens and 20s helping on the family farm. He married Eleanor Ricker of Hope on June 7, 1960. For 42 years they farmed and ranched in the Hope area, harvesting small grains, raising cattle, and tending to abundant gardens. They had four children, three sons and a daughter, who were Wayne’s pride and joy. In 1980, the family moved to the Richards home farm, located a mile east of Blabon, where Wayne and Eleanor lived until moving to Finley, ND, in 2004. He resided at Hatton Prairie Village since August 2015.

Wayne also drove bus for the Hope School District for 30 years. He enjoyed tinkering on cars and other machinery. He was active with the Steele County Farm Bureau and Melrose Township Board prior to his retirement.

He will be remembered for his storytelling, wit, and hearty laugh. His often gruff exterior couldn’t hide a tender heart.

He is preceded in death by his parents, brothers Eugene and Orrin Richards, and sister Dorothy O’Marro.

A prayer service will be held at 2 p.m. Wednesday, November 6, at Hatton Prairie Village. The funeral is 10:30 am Thursday, November 7, at St. Olaf Catholic Church in Finley, followed by interment at the Hope Cemetery at 1:00 p.m.

To order memorial trees or send flowers to the family in memory of WAYNE L. RICHARDS, please visit our flower store.