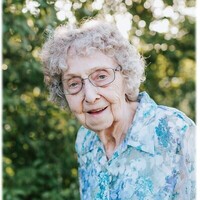 Zella May Taxdahl, age 85, passed away peacefully, at Essentia Health in Fargo, ND on Monday, August 30, 2021, of natural causes. She was born on a Thursday, the 18th of June, 1936 in Dallas County, Missouri.

Zella was a good student and an avid reader. She enjoyed music and loved to dance. She frequented dance halls and saw many famous bands of her era and danced the night away. She passed on the love for dance to her three daughters. She graduated from high school in 1954 and was off to Kansas City, Missouri.

In May of 1956, she met the love of her life, Milo Earl Taxdahl. They met while she was working as a waitress in a small cafe and he was helping to build the Kansas Turnpike. Three months later, on August 26th, 1956 they were married in Anthony, KS. In 1961, they moved to Milo’s hometown, Cooperstown, North Dakota where they raised their family (Debi, Michelle, Travis, Jason and Tara) and farmed for the next 51 years. Zella stayed home to raise her children (along with being a farmer’s wife) and then in later years, she cleaned Community First Bank in Cooperstown and was a CNA for the Cooperstown Nursing Home until her retirement.

Zella was preceded in death by her beloved husband Milo, her parents and her brothers Danny Lee Hawley and Michael Hawley, and her sisters-in-law and brothers-in-law, Joann and Alf Frappier and Norma and John Boschee.

Funeral services will be held on Monday, September 6, 2021, at 2:00 p.m. in the Grace Lutheran Church in Cooperstown, ND. Visitation will be Sunday, September 5th from 5 p.m. to 7 p.m. in the Quam-Plaisted Funeral Home, Cooperstown, ND and also one hour before services at the church. A prayer service will be Sunday at 6 p.m. in the funeral home. Interment burial will be at the Hartman Cemetery, Sutton, ND following the funeral.

To order memorial trees or send flowers to the family in memory of ZELLA TAXDAHL, please visit our flower store.